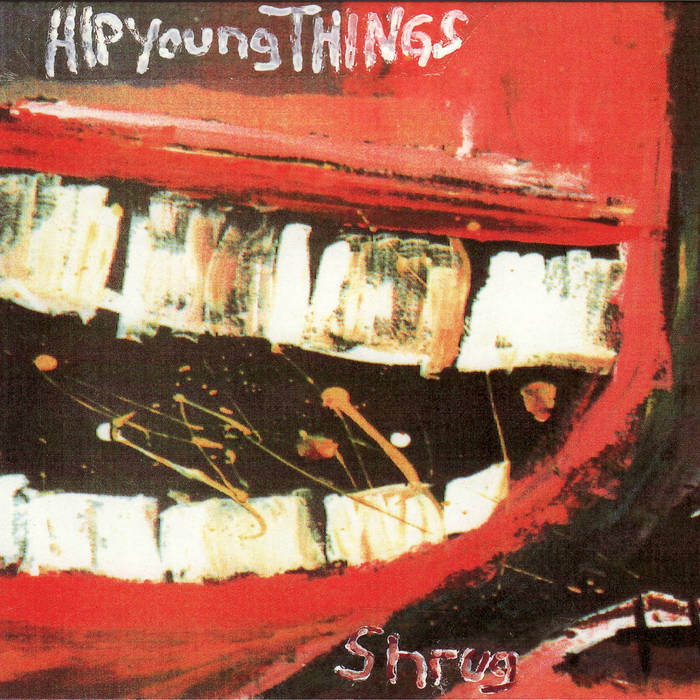 When the Hip Young Things started out in Bielefeld, West-Germany in 1988, their manifesto was that all members weren't allowed to play any instrument that they'd played before. Ex-psychobilly upright-bassist Edgar Winterhoff changed to electric bassguitar at their first rehearsal, Schneider (a.k.a. Dirk Dresselhaus) swapped from drums to guitar & vocal, bassist Gumbo Botanik (a.k.a. Thorsten Abel) did the same, chanteuse Brit Bordeaux (a.k.a. Britta Hamann) never sang before and everyone just vaguely connected to the rock-scene might have heard about those weired phenomena around drummers... The first H.Y.T. lineup split up in 1990 and they continued without chanteuse and with a new drummer named Oli Paroli (a.k.a. Olaf Arndt), who later renamed himself to O-Love, cause he thought that his previous nickname was a bit too ludicrous. After supporting The Walkabouts on their european tour in 1991, Glitterhouse Records became interested in the H.Y.T. and finally signed them to let them record their first album Deflowered. During the following years they played many live-shows (w/ Pond, Rein Sanction, The Ramones, Tuesday Weld, Beck, Subway Surfers, The Cramps, The Blues Explosion and many others...) and recorded 2 more albums (Shrug, 1994 & Ventilator, 1996) + 1 acoustic e.p. (Root'n Varies, 1993). Due to musical and personal differences they split up in 1997 and Schneider started to spend more time on his electronic solo-project Schneider TM whilst Gumbo, Edgar & O-Love continued playing together in their new band Slip for a while.

H.Y.T.’s second and the first self-produced album. Released on Glitterhouse Records in September 1994. Recorded during the summer of the same year, right after the band & their engineer Sascha Unversucht had built the Firehouse Studio for about 3 months. That’s why many tools like drillingmachine, compressor, acumulator screwdriver etc. are on the record. The studio remained unfinished. The band split up about 16 times during the recording process because they all wanted to play different kinds of music. One can hear that on the album....a freaky kind of experimental-freeform-noise-folk-close-to-collapse-indierock-pop accidently evolved from the situation.
guestmusicians:
Markus & Micha Acher of The Notwist, who Schneider met during the Family Affair Tour in spring 1994.
Volker Backes, old friend and member of The Locust Fudge Band & Me In The Rye.