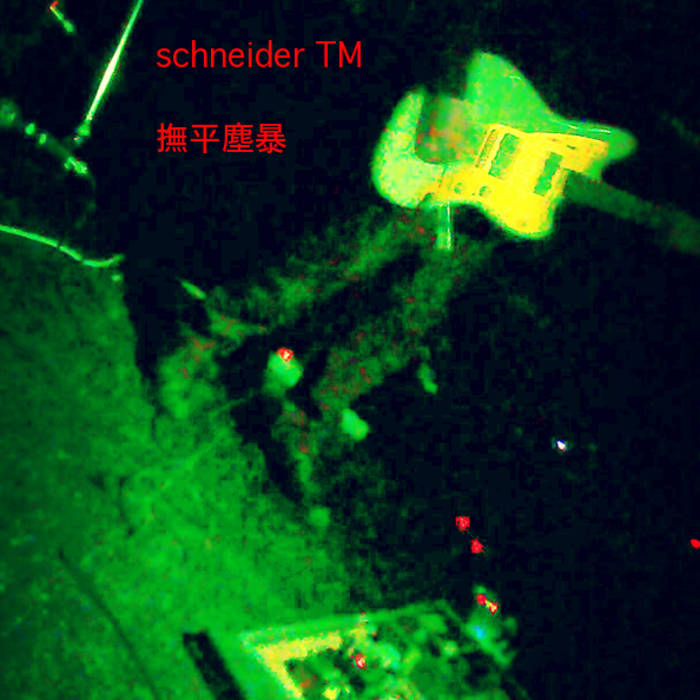 撫平塵暴 (Healing Dust Storm) is an improvised electric guitar performance which was recorded live on 01.02.2014 at Depopulate 04 (presented by White Fungus & N.K.) at N.K., Berlin.
Opposed to the previous studio album Guitar Sounds (mirrorworldmusic.bandcamp.com/album/guitar-sounds-bonus-version) on Bureau B (shop.tapeterecords.com/schneider-tm-guitar-sounds.html), which also contained a lot of electronic processing devices, this live set was played with simple & basic equipment like guitar, amp & more or less the same old pedals that Dirk Dresselhaus was using in the past when he was part of H.Y.T., Locust Fudge etc. in the 90's. Although the approach is minimalism, the musical range of this recording spreads out widely from his roots in noisy Indie Rock, through the structural complexity of the experimental electronic ,Pop Music' of Schneider TM and the spectral drones of his work with Pan sonic's Ilpo Väisänen as Angel into the bliss of cathartic noise.